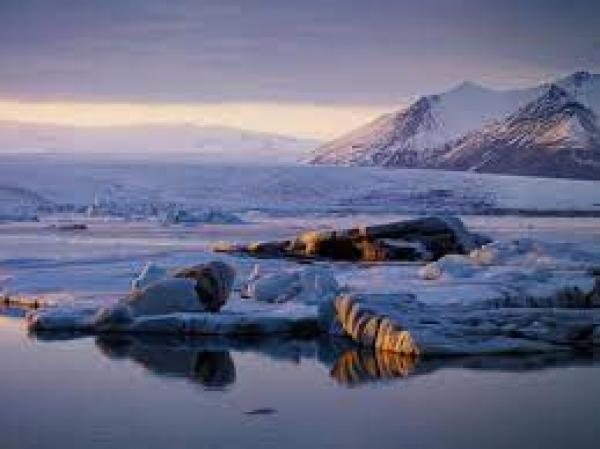 Members of our team who have visited Iceland are still in awe of this fascinating land. It is a country of sharp contrasts with refreshingly different, raw, dramatic landscapes born from volcanic eruptions & carved out by glaciers. This Nordic island where fire and ice co –exist is a popular choice for short breaks and with a flight time of just over 2 hours direct from Dublin; it is easy to comprehend why.

Iceland is not just a destination its an adventure. Here you will find some of the largest glaciers in Europe, and some of the world's most active volcanoes. Iceland is also the land of light and darkness. Long summer days with nearly 24-hours of sunshine are offset by short winter days with only few hours of daylight. It is defined by its dramatic volcanic landscape of geysers, hot springs, waterfalls, glaciers and black-sand beaches.

Icelandic culture has been shaped by isolation and the extreme forces of nature. These conditions have created a resilient people, where family ties are close, you can feel that the sense of tradition is strong, and the bond with nature is tight.One gets a great sense of their depth of appreciation for family bonds and the wonder of nature.
The capital, Reykjavik, home to the majority of the population,runs on geothermal power and offers renowned nightlife scene as well as Viking history museums.

With a population of around 120,000 (and over 200,000 in the Central region) it is the heart of Iceland’s cultural, economic and governmental activity.  It is among the cleanest, greenest, and safest cities in the world. Reykjavik is a trendy, modern city that manages to stay close to its unspoiled nature at the same time. See some of its top attractions at your own pace on a City Sightseeing bus tour; The old town centre, the Parliament, National Museum, Hallgrímskirkja Church with its landmark steeple to mention a few.

The Golden Circle Classic is a must do, this is a full-day tour that brings you close to some of Iceland's most beautiful natural sites. This popular excursion introduces you to some of the best known historical sites and natural phenomena in Iceland, all with the commentary of a knowledgeable guide.

Take a morning drive over Hellisheic plateau and visit Gullfose, the Golden Waterfall, one of the most impressive waterfalls in Europe. Here you will see thousands of tons of icy water thunder majestically down in double falls into a deep canyon. This is absolutely spectacular as you walk toward the edge to feel the mist of the glacial water on your face. . A short distance takes you to the famous Great Geysir which has given name to hot springs all over the world. You will see one of the most active geysirs in the area. Strokkur, sprouting up to30 meters. Truly, you will be spell bound as you witness this eruption and realise the power and wonder of nature beneath your feet.

You will travel to Þingvellir National Park (Unesco World Heritage centre), a remarkable geological site and the most historic site on the island. Bingvellir is the site of the world’s oldest democratic parliament Albingi founded in 930AD.  Þingvellir is geologically remarkable and the tectonic plate boundaries form breathtaking scenery.The beautiful canyon running through the park is actually the meeting point of two of the earth’s tectonic plates and bingvellir’s combination of natural phenomena and historical significance make it inseparable from the fabric of Icelandic national like.

Finally, make your way to Skálholt church, the ancient seat of the Icelandic bishops, before traveling back to Reykjavík.

The drive from Reykjavik over the mountain pass offers a magnificent view of the wide plains formed by glacial now fertile farmland in South Iceland. As you travel towards the east you pass through small villages and farmlands to the majestic mountains towering over the coast and see the snow shrouded Hekla, the country’s most active volcano and the towering ice capped strato volcano Eyjafjallajökull. Back in 2010 the eruption of Iceland’s caused havoc, producing a colossal ash cloud which stopped air traffic across Europe for days on end. The lava meeting the ice atop Eyjafjallajökull created an explosive reaction and pumped vast quantities of ash high into the sky.

The Eyjafjallajökull visitor centre shows a film about a family's struggle with the eruption of Eyjafjallajökull in 2010. The farm had been spared for the most part - cleanup was quite a feat but the farm is back now. It is inspirational to witness the resilience of it's people.

The Blue Lagoon geothermal spa is one of the most visited attractions in Iceland. This man- made oasis in the lava is located in a lava field in Grindavík on the Reykjanes Peninsula, southwestern Iceland. Named one of National Geographic’s “25 Wonders of the World,” Blue Lagoon has developed an exclusive range of products and services based on its geothermal seawater known for its healing effect and active ingredients including minerals, silica and algae. In addition to relaxing in the lagoon, guests have access to steam baths and sauna. The facilities at the Blue lagoon include modern changing rooms and showers, an indoor geothermal pool, a winter garden, restaurant and other services 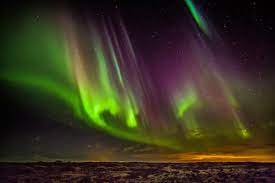 The extreme dark of the Icelandic winter has a few perks. Between September and April, Iceland is treated to a magnificent natural display: the phenomenon of aurora borealis, named after the Roman goddess of dawn, Aurora, and the Greek name for the north wind, Boreas. This is what we commonly call the Northern Lights.

Seeing the Northern Lights, or Aurora Borealis, is something that many people dream of achieving in their lifetime. Autumn in Iceland is a great time of year to chase such a dream, with October - Late March/Early April being the optimum time to view the northern lights.

They can frequently be seen in Iceland on cold, clear and crisp nights

According to scientists, general conditions for viewing the Northern Lights in Iceland are exceedingly good, although it is important to note their visibility is always subject to weather conditions and viewing is not guaranteed.

All the year around one has the opportunity to see a variety of whales by the coast, from the minke and humpback whales to white beaked dolphins and harbour porpoises. The high peak season for whale watching is from April to October, but of course the ocean is always full of adventures. You can see all the other aquatic species, all sorts of wildlife and at the same time enjoy the splendid scenery around the coast of Iceland. Tours are subject to weather conditions and sightings cannot be guaranteed.

Half Day Jeep Safari and Lava Horse Riding Tours are also exciting tours to participate in.

Currency:  The currency is Icelandic Kroner. However, it is suggested to bring Euro which can be exchanged on arrival at Keflavik Airport or at your hotel reception. Credit and debit cards are also widely accepted. In fact, one can pay almost everything with credit & debit cards, even in taxis, and for a single coffee at coffee shops…

Literature: This island nation of just over 300,000 people has more writers, more books published and more books read, per head, than anywhere else in the world.

They are proud of their Nobel Literature Laureate, Halldor Laxness, whose books are sold in petrol stations and tourist centres across the island. "When Laxness won the Nobel prize in 1955 he put modern Icelandic literature on the map

If you would like to visit Iceland; speak with members of our team at Grenham Travel who have been here, we love to relive and recall such wonderful treasured memories...